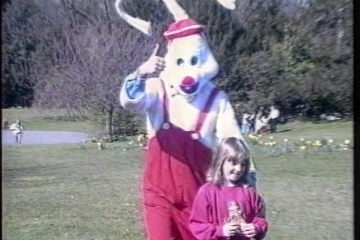 Summary: A Director's Cut of a video produced to mark the 60th anniversary of the Eastcote Park Estate.

Description: The history of the Eastcote Park Estate is told through the stories of the Pinn Valley Settlements, Eastcote House, 'The Glen', Haydon Lodge, Rodney Gardens, Dovecot Close, St Lawrence Drive, Pamela Gardens, the Metropolitan Railway's development of 'Metro-Land', the air raid preparations in the area during the Second World War and the formation of the Eastcote Park Estate Resident's Association. The video illustrates the elements which make Eastcote Park an estate of 'special character': it's heritage and history as a Metroland Estate, the blend of spacious family homes and bungalows, the generous spacing between houses, the open spaces and quite roads, and the leafy aspect. Local campaigner Sheila Liberty discusses the conservation issues she promotes in the Eastcote area and how she witnessed the destruction of Eastcote House. There are also comments from Eastcote Park Estate Association residents Jill Wells, Philip Carpenter, Amanda Williamson, Barbara Mehlig, Mike Platts, Vanessa Panayis, John Rose, John Heritage and Margaret Bacon. This 'director's cut' includes extra unedited archival material of the estate not featured in the original release. This video is dedicated to the memory of Fred Walsh, Resident of The Estate for more than 30 years and Mayor of the London Borough of Hillingdon 1984-85.