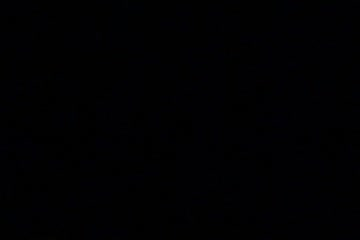 Summary: A promotional video for the Islington area of London.

Description: A video encouraging tourists to London to visit the Borough of Islington, by characterising it as the 'real London'. The video's key strategies are to promote Islington as having a village atmosphere, and to highlight its historical significance. The first strategy is supported by film of the Borough's communal open spaces in Islington Green, Clerkenwell Green and Canonbury Square. Key to the second strategy is the revelation of the Islington connections of famous people who have lived, worked or played in the borough including diarist Samuel Pepys, director Alfred Hitchcock, actor-director Charlie Chaplin, Queen Elizabeth I, author George Orwell, painter Water Sickert, revolutionary Vladimir Lenin and clergyman John Wesley. Some of these people are depicted on screen in the form of cringe worthy, but thankfully brief, costumed actors. Many of Islington's historic buildings also appear from the London Charterhouse, the crypt of St John's Priory, St John's Gate, Manor Farm Dairy, the Nonconformist Cemetery at Bunhill Fields, and Wesley's Chapel. Other opportunities to engage with the past are offered by the presentation of both the Greater London Records Library and Camden Passage Antiques Market. Opportunities for dining and entertainment in the area are suggested with references to Sadler's Wells Theatre, The Screen on the Green cinema, the Business Design Centre, the Lesley Craze Gallery, Clerkenwell Heritage Centre, the Artspace Gallery, and a range if eating out places focusing on Suruchi Bengali restaurant, Frederick's French restaurant, and Ravello's Italian cuisine. Extra attention is given to The King's Head public house, which is introduced by founder Dan Crawford who explains how dinner theatre started there in 1970. For the sporting fans, the video also includes George Graham, manager of the Arsenal football club, talking about the strong connection between the team and the borough. While most of the activity in the video concentrates around the Upper Street area, the video does briefly include views around Clerkenwell to the south east of the borough and around the top of Stroud Green Road, Archway Road and Waterlow Park to its north.

Further information: Part of a drive to encourage visitors into the Borough of Islington by the Tourism Office of the Economic Development Unit of the Council. The video was accompanied by a leaflet of the same name providing supporting information.