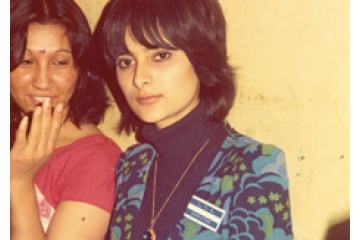 Redbridge Museum, Local Studies & Archive's film collection is mainly comprised of digital films produced by the Museum and Archive, the majority of which are oral history interviews of local residents and reflect the diverse nature of the borough of Redbridge.

Films by the Museum include: Collecting the Olympics - the impact on Redbridge (2011); Teen Dreams - 60 years of Redbridge teenage life (2011); the Restoration of Valentines Mansion (2009); ARIANA - refugee heritage project with a local Afghani group (2006); Childhood in Redbridge (2006);the history of Highlands Primary School (2006); the centenary of Hainault Forest Country Park (2006); oral histories by the Muslim Women's Welfare Association (2006); East African Asians - the story of Asian people in Redbridge who came to the UK during the 1960s and 1970s from Kenya, Uganda and Tanzania (2005). In 2005, the archive service conducted a series of interviews with local people capturing memories relating to life in Redbridge, covering topics such as schooling, shopping, World War I, World War II and local industry.

In 2000, a film was created for the permanent museum display which consists of original interviews and archival film from video libraries, on the subjects of leisure, WW2 evacuation, sport, Winston Churchill, farming, shopping and Sylvia Pankhurst. There is also a small miscellaneous group of video, DVD and cine film about local history (e.g Ilford ARP, the general election of 1955 and the M11 road in 1973) Bollywood and cultural history projects in London.

Redbridge Museum, Local Studies and Archives collects, manages and preserves objects and records relating to the history and culture of the London Borough of Redbridge. These resources are used to tell the story of Redbridge from prehistory to the present, through a permanent Museum, local studies research facilities, and an exciting and varied annual programme of exhibitions, family events, education sessions and community engagement projects.

Entry to both Redbridge Museum and Redbridge Local Studies and Archives is free.

Access: Redbridge Museum, Local Studies and Archives catalogues, stores, and makes accessible all moving image material. Footage may be viewed by appointment from 10.00am to 5.00pm Tuesday to Friday and on Saturdays 10:00am to 3.30pm.

The film collections give a voice to local people to tell their own stories and are particularly strong in showing how the borough is now home to very diverse communities.

Films in this collection